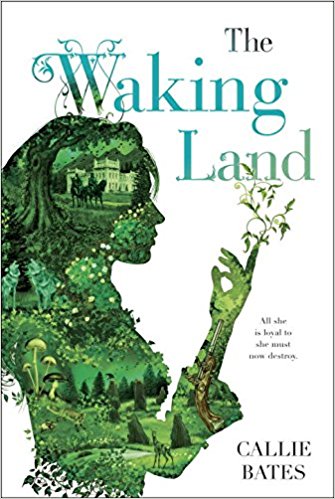 I received this ARC courtesy of Random House Publishing Group in exchange for an honest review.

Lady Elanna has been raised a hostage in a foreign land-well treated by the king, educated, castle dwelling-but a hostage just the same.  She cares for botany, for her best friend and dreams of heading off to study under a master.  Her memories of her hometown have faded to nearly nothing, her home is Laon now.  The rumors of magic from her homeland all but forgotten.

Then the nightmares faded; my tutors taught me that, while magic is considered anathema, in truth it simply has no place in the rational, modern world.

Everything changes when her father comes for her, at long last.  Accused of regicide, her “otherness” has never left her.  To Caeris she must run, to a land and a people she no longer knows.  It’s time for a revolution, birth land against homeland.

No one in this revolution is ever alone.

A motley crew of assorted figures fill out our cast of characters and Bates’ writing shines.  I loved the prose, loved the plot, loved the world-building.  Follow along as El goes to war against an empire, and herself.

All the gods damn it.  I hate battle, El.  I hate it-I hate what it makes me into.  It makes people’s lives seem not to matter.  But they do.  No one should have to die like that, not even for freedom.

You see, Elanna isn’t just a hostage.  She has the power to wake the land.  What does that mean?  Read and find out!