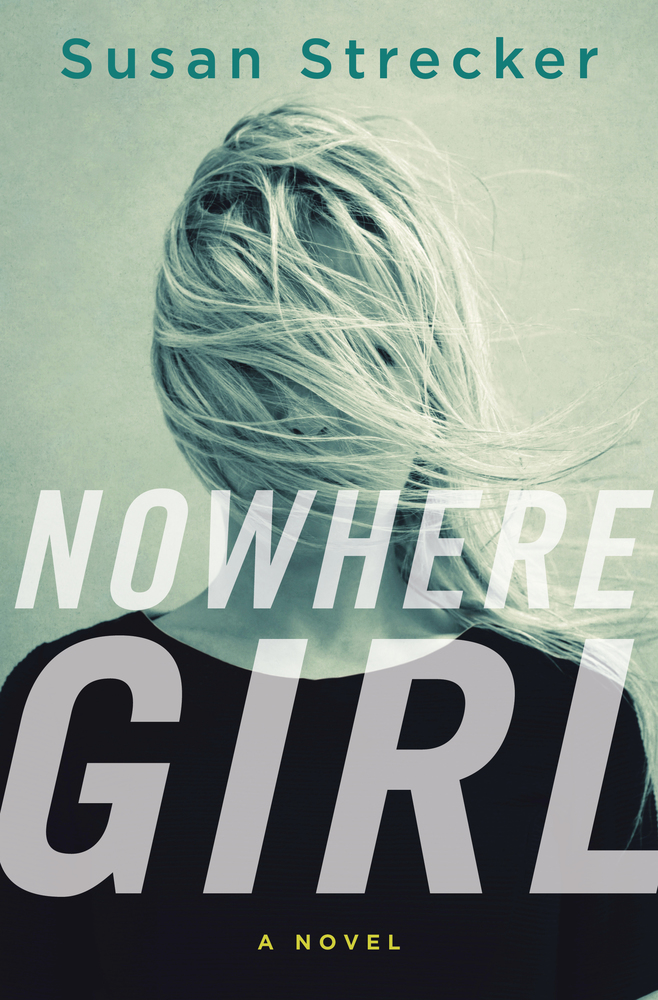 Well if this wasn’t a haymaker, I don’t know what is.

Cady’s twin sister was murdered sixteen years ago.  She felt it happening and the despair and horror never left her.  Cady lives her life in the shadow of Savannah’s absence.

Trauma climbed along the corridors of my mind and wrapped itself around the present so I couldn’t really tell the two apart.

Now a famous author, the cold case is finally reopened and she thinks she’s getting somewhere.

Strecker is a true wordsmith.  I honestly wasn’t sure what I was reading most of the time.  From the beginning I thought I had it all figured out and I smugly read a chapter here and there for an entire month.  It wasn’t until a lazy Saturday that I resolved to get down to business and finish it and after a few chapters I couldn’t put it down.  I was wrong.

We can barely speak our sister’s name aloud, never mind talk about what happened to her.  And then to us.

As Cady essentially simply exists with the help of her best friend Gabby and a few close friends her strange twin connection with Savannah slowly brings things to light.  Cady tiptoes towards the truth but will she ever be able to accept it? 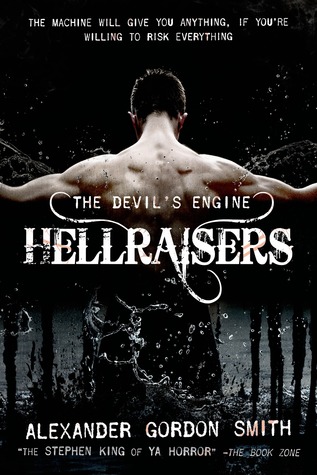 I received this book from Netgalley and Farror, Straus and Giroux (BYR) in exchange for an honest review.

After six weeks of radio silence (you can blame regular exams+finals week for my first graders for that) I have to say, this one was different.

Marlow Green is a kid on the tail end of his last chance.  He’s expelled from school almost as often as he changes his clothes.  The world is out to get him, everything is out of his control.

Charlie was right.  For someone who couldn’t jog ten paces without reaching for his inhaler, Marlow did a hell of a lot of running.  Not sprinting, not jogging, not running a marathon.  No, his kind of running was the other kind.  He never ran toward anything, he ran away from everything.”

Enter the action-a secret group of hellraisers, literally.  A society dedicated to fighting off demons and sending them back below.  There is a machine, actually there are two.  These mysterious engines offer ultimate power and united they will bring hell on earth.

It was human nature to avoid evil, a warning signal in the blood and right now that warning was blaring like a siren.

Marlow may not be much out in the world but as a hellraising Engineer he finds his place in it.  With Pan, Herc, the lawyers, an enigmatic boss and a motley crew of brethren Marlow takes on evil and all hell follows, literally (St. Patrick’s Church in New York is leveled).

Death was stalking him, hovering over his shoulder, just out of sight.  And death was the least of his worries, too.  Because where he was going the fires burned way hotter than this.

I found this book to be quite interesting.  While a bit slow at times, I kept on reading it in spurts as time permitted.  The last part (it was written in three) was the most fast-paced and interesting but the overall plot kept me coming back for more.  I look forward to what our ragged cast of heroes do in the next installment.  Fire and brimstone can’t win, right? 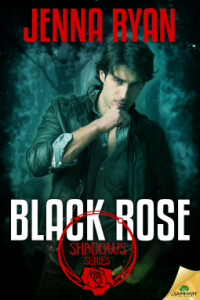 I received this ARC from Samhain Publishing and Netgalley in exchange for an honest review.

The Louisiana bayou was her home.  Nothing of New Orleans lived there.  The city was a viper, a red-lipped lady of the night.

Mia LeMay is a born and bred bayou girl who had traded in the swamps for a tea room and club in the city.  Her exciting but predictable life ends when she witnesses a brutal murder from her balcony.  The killer wants her dead and the intriguing Ryder is tasked with protecting her.  Between the things that literally go bump in the night, talk of voodoo and her questionable protector, Mia is in for it.

This was a quick, fun read.  A bit of mystery, a dash of romance and of course a slightly spooky back-drop.  I was able to sit down long enough to finish the last 60% on a work night which is saying something since I wrangle first graders all day.

*This is a re-release with a new publisher* 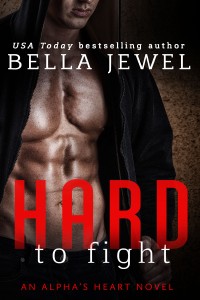 Once again I’m late (19 days post publication) with this review!  Over the summer I blamed my travels but this time I blame moving to Kurdistan two weeks ago.  The expat life is no joke.  I digress.

This book is exactly what it looks like; this is a formulaic bad boy meets good girl love story.  Raide Knox is definitely the kind of bad boy I can get behind, even if I found the heroine (Gracie) a little annoying at times.  Raide is a bad boy with a mission, on a path of revenge destined for sure destruction.  Gracie is a bounty hunter who spends far too much time worrying about how no one takes her seriously…I wouldn’t take her seriously either, she whines too much!  When she goes after Raide, Gracie finds that her first big take down is anything but easy. This is a cute little read, especially if you don’t mind a little smut.  Expect a HEA, even if it was a little too tidy. 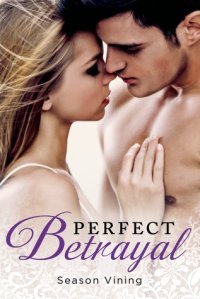 This is Season Vining’s third book, and my third ARC, and I think it’s safe to say the writing is sound.  Mix an unlikely couple, a dramatic event and expect a HEA.

Levi is a young maintenance man from a solidly blue collar background.  Taylor is the spoiled daughter of a millionaire.  The two cross paths and hearts.

She refused to believe that nothing good could stay.  If that was the case, then what the hell was life all about?  What was the purpose of finding happiness only to know it’ll be ripped from you?  After surviving childhood and adolescence, Taylor was holding out for something better.  And she was willing to fight for it.

Is Levi the diamond in the rough he appears to be?  Is Taylor as vapid as she does?

Read and find out.  You won’t find anything inventive but you will find a story that can keep you occupied during a camping trip.  I’ll definitely take any ARC with Season’s name on it.